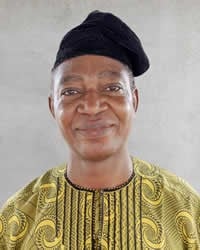 Yoruba diaspora are found all over the world especially in the United Kingdom, Canada, the United States, Cuba, Brazil, Latin America, and the Caribbean.

For Europe, the United Kingdom overwhelmingly is home to the largest population (98,000) with minority populations (60,000) residing in other European countries.

The Yoruba people are from southwestern and north central Nigeria as well as southern and central Benin in West Africa. In Africa, they number over 40 million making them one of the largest people groups in Africa.

Originally, their language, Yoruba, was transmitted via oral traditions. Hence, stories are very much a part of their cultural practices and interactions with one another. Music and drumming play a significant role in the transmission of cultural stories and traditions.

Their colorful dress and clothing is intertwined with their culture. Moreover, it distinctly signifies their unique cultural identity as compared to other African peoples.

The majority of Yoruba are Christians or Muslims. Many also practice the principles and practices of traditional religious beliefs. Christians adhere to many different denominations. Both Christians and Muslims celebrate traditional festival more as a cultural event than a religious in order to celebrate their people's history.