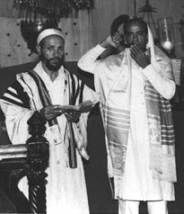 Photo courtesy of Joshua Project.
By A Daniel

The Marathi diaspora are found predominantly in the United Kingdom, where they established the Maharashtra Mandal of London in 1932.

The Marathi diaspora form an ethno-linguistic people group that is distinct from others in terms of its language, history, cultural and religious practices, social structure, literature and art.

They are one of the largest language group of all people groups from India. It is closely related to Hindi and Punjabi. It is spoken as a first language by 72 million people and by another 3 million people as a second language in India, primarily in the state of Maharashtra.

The Marathi emigrated from the centrally located state of Maharashtra in India.

Most Marathi immigrants work as doctors, engineers or scientists. Others work in telecommunications and the IT industry.

Marathi people are predominately Hindu and due to the size of their language group often have their own Mandal (Hindu Temple). Although the majority are Hindu, a small number are Marathi speaking Jews.

Marathi are spread throughout many metro areas (click here to learn more).