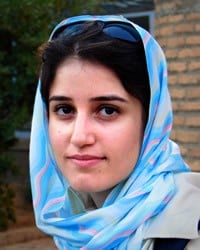 Thousands of Persians fled their homeland of Iran after the revolution and the fall of Shah in the late 1970's. Many fled to Europe. Since the 1970's Persians have continued to migrate to countries other than their homeland. The majority of them continue touch with family and friends in their homeland, Iran.

They are often educated and very proud of their heritage and rich Persian culture. They are friendly and love their families.

Most consider themselves Shiite Muslims, while some adhere to Baha’i faith, Sufism, and the pre-Islamic religion of Zoroastrianism. Persians are insecure about their ultimate destiny. They realize their Islamic faith does not get them closer to God and are not sure at all where they are going to go after they die.

As a result, they are often open and receptive to hearing and even receiving the Gospel message.