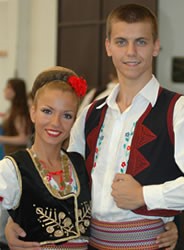 The Serb diaspora emigrated from the nation of Serbia. The kingdom of Serbs, Croats, and Slovenes came into existence in 1918, and its name was changed to Yugoslavia in 1929. Post World War II Yugoslavia was governed by the communists, and Serbia became a Federal unit of the Socialist Federal Republic of Yugoslavia.

The 1990s saw the break-up of Yugoslavia, and a time of war, political turmoil, and conflict followed for the people of Serbia. In 2006, the people of Montenegro ended their union with Serbia, and Serbia once again became a separate nation.