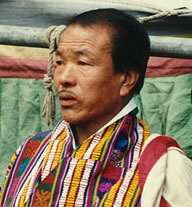 Nepali include several people groups who migrated from Nepal, a country in South Asia that is multicultural and multiethnic.

The Nepali culture is rich and unique and encompasses the diversities of Nepal's ethnic, tribal, and social groups. The culture received its influence from Indian, Mongolian and Tibetan cultures.

Their trade language is Nepali. However, over 120 different ethnic group langauges are spoken in Nepal. Therefore, they also often speak their own specific people group language. A few of the Nepali peoples include: Bantawa, Brahman, Chamling, Gurung, Limbu, Tamang, Magar, and Sherpa.

The majority adhere to Hinduism with a minority adhering to Buddhism resulting in most festivals being religiously driven. Even though Christianity has a long history in Nepal, a minority claims adherence.