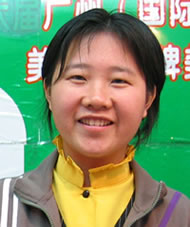 Over a period of 150 years, the province of Guangdong in China has been the most common origin of most Cantonese Chinese to Europe. However, in the past 30 plus years, Cantonese Chinese also migrated from Hong Kong, Vietnam, Singapore, Malaysia, Thailand, and Indonesia.

Although the Cantonese language shares much vocabulary with Mandarin Chinese, the two varieties are not mutually intelligible because of pronunciation, grammatical, and also lexical differences. Sentence structure, in particular the placement of verbs, sometimes differs between the two. The use of vocabulary in Cantonese also tends to have more historic roots.

Similar to other Chinese groups, the majority of Cantonese Chinese profess faith in Buddhism but what they practice is correctly called Chinese folk religion.

It incorporates traditional Chinese practices such as the belief in deities (bodhisattvas) who help people gain salvation. Many Cantonese Chinese households have the deity Guanyin (the goddess of mercy) on the family altar. Guanyin is believed to have compassion for people in need. Religion, like other aspects of their life, is pragmatic and relates to the everyday issues of life. At the time of offering incense it is a routine for the Cantonese to ask Guanyin and the other deities or spirits for blessing, protection, good health, etc.