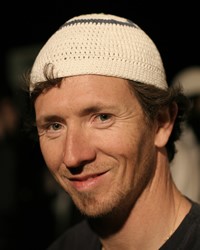 Jew, Eastern Yiddish Speakers is the historical language of the Ashkenazi Jews. The language is officially reconized in Bosnia and Herzegovina, Israel, Netherlands, Poland, Romania, Sweden, Ukraine, United Kingdom, and the United States.

Prior to the Holocaust, there were over 10 million speakers of Yiddish; 85% of the Jews who died in the Holocaust were Yiddish speakers, leading to a massive decline in the use of the language. Assimilation following World War II further decreased the use of Yiddish both among survivors and Yiddish-speakers from other countries (such as in the Americas). However, the number of speakers is increasing in global Hasidic communities.

The numbers continue to increase due to children now speaking Yiddish as a first language. As an example, the largest group of Yiddish speakers in Britain reside in the Stamford Hill district of North London, but there are sizable communities in northwest London, Leeds, Manchester and Gateshead.