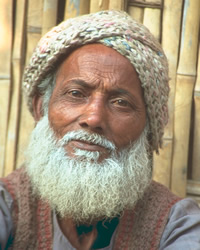 The Bengali diaspora of Europe migrated predominantly from Bangladesh but also from India. They began arriving in large numbers since the early 1970s to become among the fastest growing ethnic communities since that decade.

They retain a strong people group identity but at the same time tend to blend into the local culture. They also are well represented in the fields of medicine, engineering, business, finance and information technology. Their cuisine is well known, and Bengali cuisine has been established as one of the most popular cuisines with hundreds of Bengali restaurants in major cities. One can also find many Bengali markets and stores.

They speak Bengali and many adhere to Islam. Where there may not be mosques within easy access, they make trips to attend the nearest one on major religious holidays and occasions. However, most Bengali people reside in large urban centers where there are vibrant mosques.