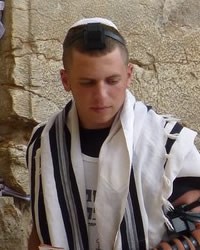 The Israeli Jews, also known as Jewish Israelis, are an ethno-religious people group and are ethnic Jews who were born in Israel or were born in their new diaspora homeland. The majority of Israeli Jews still have strong ties with Israel.

They commonly speak Hebrew at home while at the same time speak the country language in which they reside.

Many often are business savy, well-educated, and are often in the forefront publicly influencing larger metro area politics. Marrying outside Judaism is frowned upon and in many cases results in being ostracizes family ties. To marry outside requires converting to Judaism.

Their ethnic identity is tied to their religious identity and vice versa. In other words, to be Israeli Jew means to adhere to Judaism. However, they adhere to many different branches of Judaism.