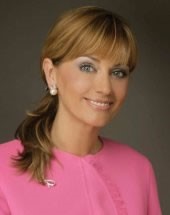 The Slovaks or Slovak diaspora are a West Slavic ethnic group native to Slovakia who speak the Slovak language. The majority of Slovak people reside within the borders of the independent Slovakia, circa 4.4 million ethnic Slovaks of 5.4 million total population. However, Slovak diaspora minorities do reside in Poland, Hungary, Serbia and sizeable populations of immigrants and their descendants in the Czech Republic and the United Kingdom.

Exhibits, Slovak Language Classes and Cooking Classes help keep the culture alive. There is a vast reservoir of liturgical and folk music, which provides another way to ensure that the language of their ancestors is preserved.

Roman Catholicism is the primary religion, with a small minority who adhere to an evangelical faith. However, most Slovaks live a more secular lifestyle and it often appears that they go through the motions of being Roman Catholic. As such, many are non-religious.