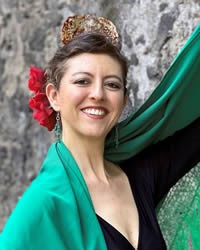 Spaniard diapora people are an ethnic group indigenous to the country of Spain, in the west of the Iberian Peninsula of Southwestern Europe. Spaniard communities can be found in many diverse regions around the globe, and a large Spaniard diaspora exists.

Spanish culture is widely known for Flamenco music and dance, bullfights, fantastic beaches and lots of sunshine. But what is Spain known for? It has much more to offer than that. It is - and has been for thousands of years, one of the cultural centers of Europe. "Spain is different!", Spaniards use to say. They don't specify compared to what: to the rest of Europe, to the rest of the world, or even to itself?

Among the Spaniard diaspora, Roman Catholicism is by far the largest denomination. It is estimated that 71% of Spaniards self-identify as Catholics, 2% other faith, and about 25% identify as atheists or declare they have no religion.