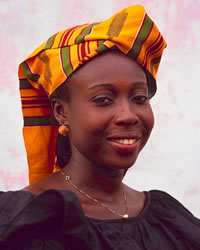 Their culture follows traditional matrilineal lines. Their art is wide-ranging and renowned, especially for the tradition of crafting bronze goldweights, using the lost-wax casting method. Some of their most important mythological stories are called anansesem, literally meaning "the spider story", but in a figurative sense also meaning "traveler's tales". The stories generally, but not always, revolve around Kwaku Ananse, a trickster spirit, often depicted as a spider or human.

The primary religion practiced by the Akan is ethnic religion. Ethnic religion is deeply rooted in a people's ethnic identity and conversion essentially equates to cultural assimilation.